This section is all about the city of Gloucester and it’s marvelous history.

The city centre of Gloucester stands on the site of a Roman fortress dating from the 60s, which by about AD 97 had been made a colonia – a self-governing city with similar rights to those of Rome itself.   The original fortress provided the lines for a defensive wall around the core of the colonia. This is still reflected by the main street names because they led to gateways through the wall, and by the curving corner of Brunswick Road and Parliament Street, which was the corner of the original fortress.

Gloucester was one of three cities captured by the Saxons following the battle of Dyrham in 577. For more See A History of Gloucester.

The city had it’s fair share of celebrities and Royals in the past . The most  infamous being Fred & Rosemary West .The “house of horrors” has now been demolished and the local council have built a pleasant walkway on the site .

More Salubrious past citizens include Robert Raikes who founded the Sunday School movement. The very first Sunday School was based in Gloucester City. His statue can be seen at the city Park .   Gloucester also boasts it’s own poet, Ivor Gurney . A plaque outside Boots in Eastgate Street proclaims Here was born Ivor Gurney 1890-1937,composer and war poet who served with the Gloucestershire regiment in the 1914-18 war. ” Out of my sorrow have I made these songs. Out of my sorrow “. Song of Pain. Howard Blackburn now has his own page. His historic voyage from Gloucester Massachusetts still makes astounding reading.   Gloucester cross is now closed to traffic and the pedestrianisation of the City centre is now complete. Gloucester today is a wonderful place to visit.   As well as the main streets, Gloucester has 2 shopping centres, Eastgate and Kings Walk. Just outside the centre, Gloucester Docks now also also has shopping arcades.   Gloucester has 2 famous Grammar Schools for boys, The Crypt and Sir Thomas Rich’s and 2 for Girls, Denmark Road and Ribstone Hall.

This little nursery rhyme was a comment on the awful state of Gloucester’s roads. Legend has it that during a visit by Edward 1st, his horse sank into the deep mud in a city street and he then refused to ever return.

Dr. Forcester went to Gloucester in a shower of rain,

He stepped in a puddle,right up to his middle   and never was heard of again


Nearby towns include Cheltenham, Stroud, and Bristol. Gloucester has good motorway links to Birmingham and the North and South to London. Before the motorway network was built, anyone travelling to Wales, had to travel through Gloucester.

You can also see old photos of Gloucester here

We regularly receive   emails requesting information about Gloucester Hotels, restaurants etc from   visitors planning their holidays in Gloucester. Why not   show our visitors your products and allow them to contact you direct   ?

You already have a site ?   Drive traffic to your main site from our virtual Gloucester site. Our visitors   have already shown an interest in Gloucester just by being here. Our search engine  will help your traffic even   more. 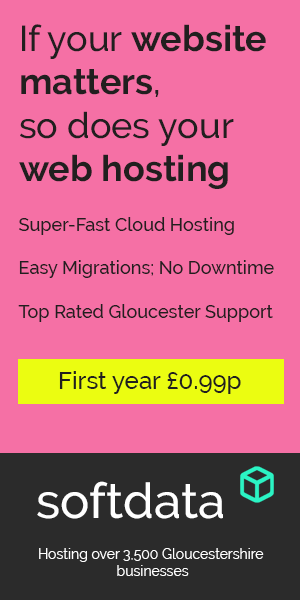